New UK immigration rules: will you be affected?

New UK immigration rules: will you be affected? The non-EU workers who’ll be deported for earning less than £35,000

Alyson Frazier, a 25-year-old classical musician from Washington DC, is trying to describe how it feels when people ask her whether she wants to stay in Britain. “It’s like asking a fish: ‘How’s the water?’. London is my home. This is where I have built my adult life since the age of 19.” 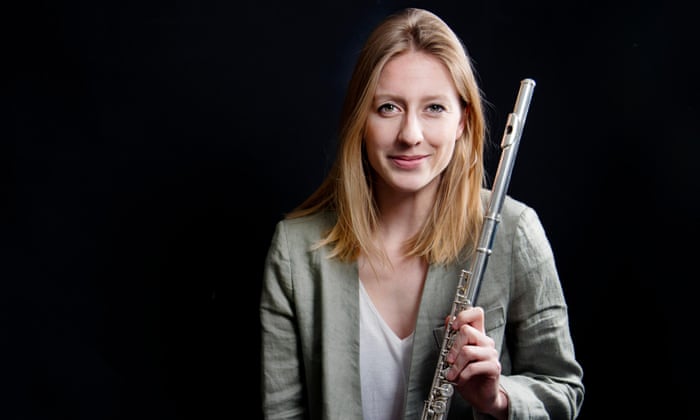 Unfortunately Frazier – who has a first class MA from the Royal Academy of Music and is the co-founder of Play for Progress, a therapeutic music programme for refugee children – only earns £17,000 a year.

That’s less than half the salary she, her fellow-Americans and other non-EU migrants will soon need to stay in the country permanently, thanks to rules being introduced next month.

From 6 April all skilled workers from outside the EU who have been living here for less than 10 years will need to earn at least £35,000 a year to settle permanently in the UK. Some jobs, such as nurses, are exempt (see How the rules are changing, right) but Frazier’s is not. Unless she gets a higher-paid job, she will be deported in September. 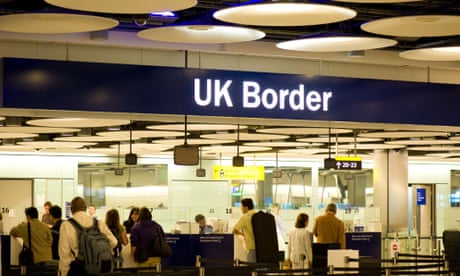 “I’ve chosen to take a lower salary because I’m trying to improve the lives of unaccompanied child refugees and do good in the world through music and education,” she says. “How do you put that on paper in a visa application? How do you show the value of trying to make a child’s life better?”

A petition to scrap the £35,000 threshold has attracted more than 100,000 signatures from British citizens and was debated in parliament on Monday. “I started the petition because I don’t want to live in a Britain that will quietly usher thousands of people out of the country without raising a whisper of protest,” says Josh Harbord, the British citizen behind the Stop35k campaign which has attracted the support of SNP, Labour and Green MPs. “I don’t want to live in a country that values people’s incomes over people’s contributions to society.”

But the government is adamant that the policy is fair, and that individuals have had many years to prepare.

A Home Office spokesman said: “In the past it has been too easy for some businesses to bring in workers from overseas rather than to take the long-term decision to train our workforce here at home.

“We need to do more to change that, which means reducing the demand for migrant labour. That is why we commissioned the Migration Advisory Committee to provide advice on significantly reducing economic migration from outside the EU. These reforms will ensure that businesses are able to attract the skilled migrants they need, but we also want them to get far better at recruiting and training UK workers first.”

Home secretary Theresa May was criticised for failing to attend the debate in person, instead sending a junior minister with an unrelated portfolio – Richard Harrington, minister for Syrian refugees – to defend the policy.

In its own impact assessment, the Home Office estimates the new salary threshold will cost the British economy between £181m and £171m (PDF), while the other organisations have put the cost much higher, at £761m (PDF).

The word ‘bonkers’ springs to mind. If the so-called gain is a modest one, why inflict so much pain?

“These new rules will damage the British economy, our standing overseas, and our society as a whole,” says Ralph Buckle, co-founder of the Commonwealth Exchange. “We have already seen dramatic falls in Commonwealth migration to the UK due to existing restrictions and the salary restrictions will only make things worse.”

Latest Home Office statistics show there were just over 55,000 applications for skilled work visas in the year to March 2015. Americans were among the largest groups – 12% of applications – while Australians made up a further 4%.

The government’s own admission that the reforms will only make a “modest” contribution to its target of reducing net migration was repeatedly highlighted during the debate: “The word ‘bonkers’ springs to mind,” said Stuart McDonald, an SNP MP. “If the so-called gain is a modest one, why inflict so much pain?”

Gillian Brown, 26, is one of the Australians at the receiving end of that pain. Her entire family decided to emigrate to the UK when she was 18 but, due to her age, she could only enter the country on a student visa (while her younger brothers were classed as dependents and are now full British citizens). She graduated with a first class BA and an MA from The University of Sheffield, and currently earns £20,300 as an online marketing assistant after moving into a skilled workers’ Tier 2 visa in 2014.

“Previously, I’d have been able to apply for permanent residence in the UK after five years, earning my current salary. Not any more,” says Brown. “It’s a constant worry. If I can’t convince a company to sponsor me again next year, I’ll be deported back to Australia after eight years in the UK, and separated from my parents and brothers. But the British government doesn’t care about separating families – they’ve made that very clear. ”

The stories you need to read, in one handy email

Australian migration specialists True Blue say the new rules have caused a spike in the number of British-based Aussies looking to head back home. In the last week of January, it saw a 50% increase in calls seeking advice on how to secure their British partners a visa in Australia.

Walkabout, the Australian bar chain, has already begun stepping up its recruitment strategies to try to deal with any fallout from the visa restrictions. “We have been losing Australian staff for some time,” says Nina Marshall, HR director. “Recruiting Australians is essential to the authenticity of our brand and this challenge is only going to become significantly more difficult.”

Jeffries Briginshaw, CEO of BritishAmerican Business, is also concerned: “American companies are deeply entrenched in the UK economy and American citizens are part of UK society, whether this is in business, schools or families. Any restriction to the Tier 2 visa scheme will have a negative impact on the way American businesses operate in the UK and how American citizens can be part of the UK.”

It’s not only business leaders who are against the change. “Migrant teachers make a significant contribution to the UK,” says Kevin Courtney of the National Union of Teachers. “It seems absurdly counterproductive to force schools to dismiss migrant teachers they’ve trained and invested in, and who are still very much needed, at a time when highly skilled, qualified teachers are in great demand. The policy urgently needs to be reconsidered.”

Jon Excell, editor of trade publication The Engineer, is equally worried about the impact on the UK’s engineering sectors, which he says are also facing an acute and worrying skills shortage. “If the UK wants to maintain its position as a world leader in key areas of engineering, international skills are essential. Not just to fill roles, but to help UK-based firms retain an international perspective and reap the economic rewards of a diverse workforce. Yet the average salary of a junior engineer is just £32,000.”

The Home Office insists that the £35,000 threshold is a fair reflection of skilled salaries in the UK. It adds: “We do not believe there should be an automatic link between coming to work in the UK temporarily and staying permanently. The £35,000 threshold was set following advice from the Migration Advisory Committee, an independent advisory body consisting of expert labour market economists, and was equivalent to the median pay of the UK population in skilled jobs.”

It points out that anyone entering the UK on a Tier 2 basis has been aware of the changes since 2011. “Those individuals were aware when they entered that new settlement rules would apply to them. Employers have had since 2011 to prepare for the possibility that their non-European Economic Area workers may not meet the required salary threshold to remain permanently.”

Following the debate in Parliament the Stop35k campaign is urging the government to reconsider the implementation of the new rules, and to give the Migration Advisory Committee an opportunity to complete an assessment of suitable pay thresholds across different jobs and regions in the UK.

It says it will continue to lobby MPs, regardless of whether or not the policy is implemented as planned.

How the rules are changing

To enter or stay in the UK as a skilled worker, non-EU migrants must have a Tier 2 visa. To qualify, you must have been offered a job in the UK and have held at least £945 in your bank account for 90 days.

The job you’re offered must pay at least £20,800, although the government is currently considering a recommendation to raise this to £30,000. Certain occupations do not have to meet this threshold.

You must also get a certificate of sponsorship from your employer (which involves a fee of between £536 and £1,476), pay £200 per year as a healthcare surcharge and be able to prove your knowledge of the English language.

Non-EU migrants are only permitted to remain in the UK on Tier 2 visas for a maximum of six years.

However, at the moment, skilled workers who have been living here on these visas for five years are able to apply for “indefinite leave to remain” in the UK.

It’s this that is about to change (PDF).

From 6 April, only those who earn £35,000 a year will be eligible to apply for “indefinite leave to remain” once they have lived here for five years.

Nurses are temporarily exempt from this threshold, along with PhD level jobs and anyone whose occupation has ever been on the official “shortage occupation list” at any point while they have been living here. The new rules also do not apply to anyone who entered the country on a Tier 2 visa on or before 5 April 2011.

In January the Migration Advisory Committee also recommended the government set a £1,000-a-year levy on companies employing skilled migrants from outside the EU, and raise the salary threshold for Tier 2 visas from £20,800 to £30,000. The Home Office has not yet outlined its response.

There is still one route to permanent UK residence for low-earning migrants, however. You can apply for “indefinite leave to remain” if you’ve been living in the UK legally for 10 continuous years. There is no salary threshold for this.

For example, if you entered the UK 10 years ago on a student visa and moved directly onto a skilled workers’ visa – without ever leaving for more than 180 days at a time or for 540 days in total – you would be eligible to apply to settle in the UK, no matter how little you earned at that point.

Applying for “indefinite leave to remain” costs up to £1,900 and applications can take six months to process.

The Home Office says anyone who is unsure whether they may be affected by the changes can call the general inquiries for immigration matters on 0300 123 2241.